Who doesn’t just love some religious iconography on their baked goods?!

As I was making these, and diligently piping out a cross on each one, I got to thinking: how does an atheist come to this? How is it these little buns are so loved that pretty much everyone, religious or not, eats them this time of year? Weird huh?

I was curious so I hit the interwebs and found out loads of interesting things about these yummie bunnies. Apparently they could have been eaten in pagan times, the cross (symbolising the four quarters of the moon) being a nod to the goddess Eostre. Which leads me to ask, did these Christians ever have an original idea?! But they were popularised in Tudor England, where they were so trendy with Catholics that Elizabeth I had to pass a law allowing them to be only made on Christmas and Good Friday. Hence how they are now associated with Easter.

Apparently there are all kinds of superstitions around them, like if you hang one in your kitchen you’ll make good bread all year, they’re also good luck to have on a ship. Who knew hot cross buns could be so interesting? If you fancy reading more try here, or here.

Or you could just skip to the recipe and enjoy these steaming hot from the oven with lashings of melted butter and a cup of tea. Yummo. It’s still the weekend after all, there’s no need to start being healthy until tomorrow. 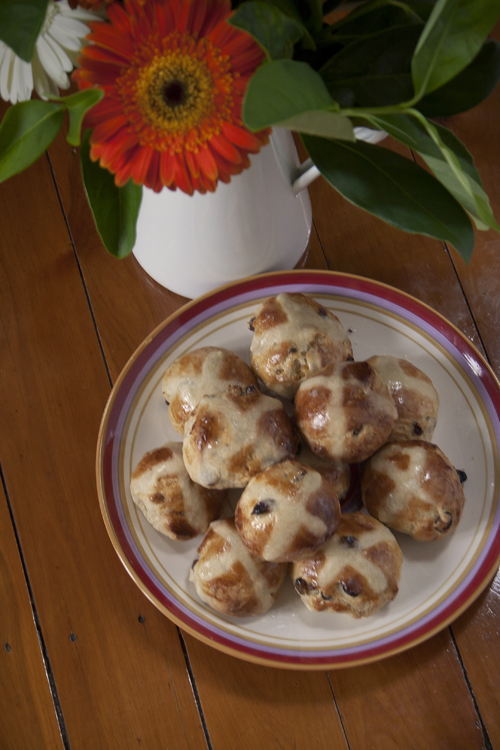 Makes 14. The recipe is from the wonderful Darina Allan’s Forgotten Skills of Cooking book.

For the egg wash:
Dash of milk
1 tsp sugar
1 egg yoke
All whisked together

For the liquid cross:
½ cup flour
1 tbsp melted butter
4-5 tbsp water
Mix all three together to form a thick paste and fill into a small paper piping bag.

For the bun wash:
1 cups water
225 g sugar
Mix together in a pot and boil for two minutes.
Dissolve the yeast together with 1 tbsp of the sugar in about half the milk and set aside.

Meanwhile, shift together the flour, cinnamon, nutmeg, mixed spice and salt and rub in all of the butter until the mixture looks like breadcrumbs. Add the remainder of the sugar and mix well. Next make a small well in the centre of the flour and add in the eggs, the remaining milk and the yeast mixture. Mix everything together into a soft dough, you can do this by hand or using a food mixer if you have one. Add a little more milk if you think it needs it, but it should all come together nicely and without being sticky. Next add in the currants, raisins and candied peel, work these into the dough and continue kneading until the dough is shiny and elastic. Cover it, and leave it to rise for 1-1 ½ hours or until it has doubled in size.

Once the dough has risen, knock it back and knead it for a few minutes. Then divide it out into small little bun shapes and arrange on a floured baking tray. Egg wash each bun and leave to rise for a further 15 minutes.

While they were rising again, I made the liquid cross mixture and the bun wash, I also popped on the oven to heat at 220 °C. Then I put my dodgy arts and crafts skills to use and fashioned a make-shift piping bag for the liquid cross out of baking paper.

Pipe a liquid cross onto each bun, then pop into the oven. After five minutes, reduce the heat to 200 °C and bake for another 10 minutes until golden. Remove them from the oven and brush immediately with the bun wash.

Leave them to cool on a wire rack, but not too much, these are best fresh out of the oven, piping hot and covered in butter. 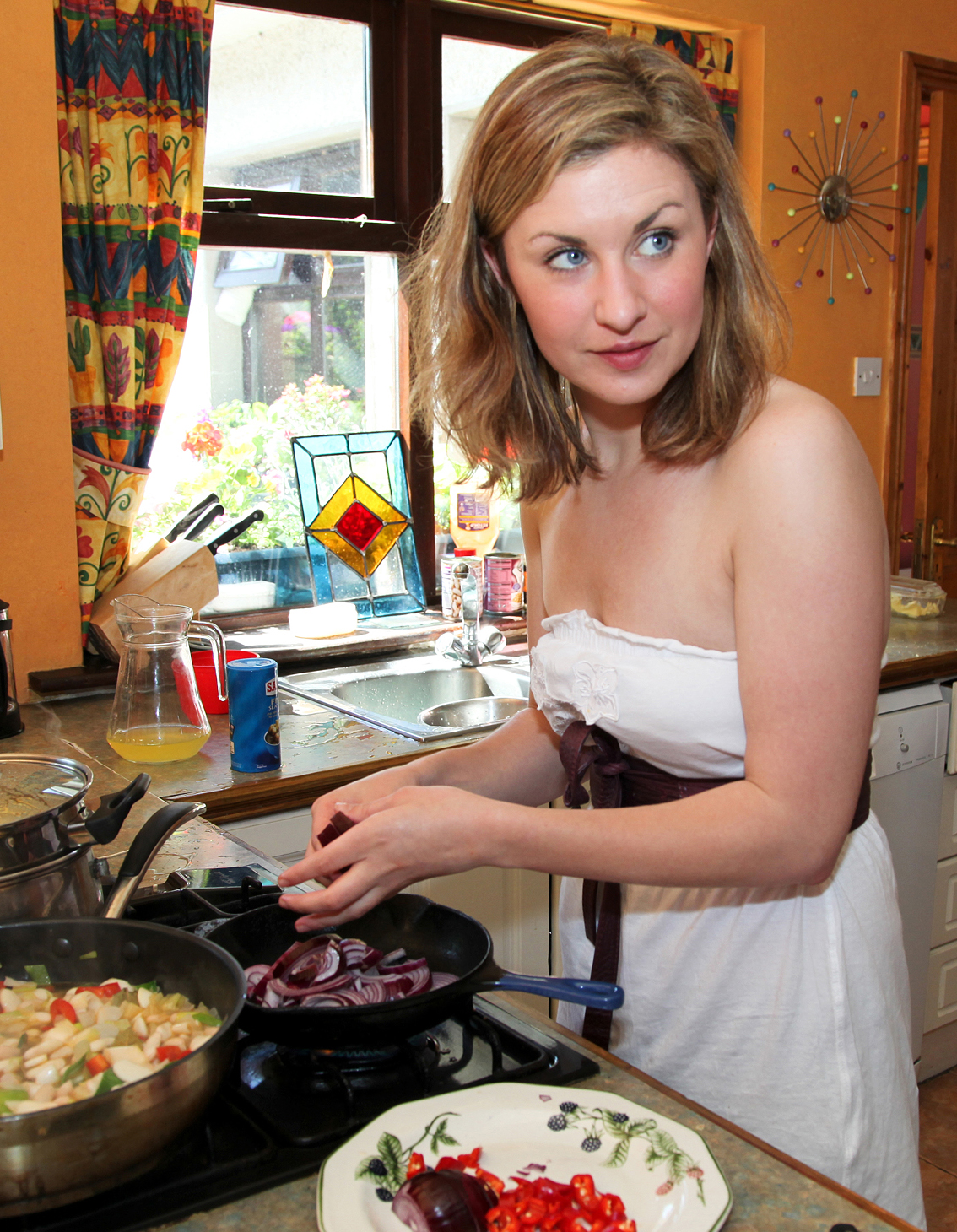 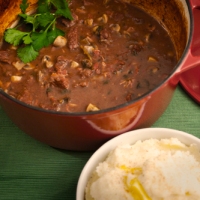